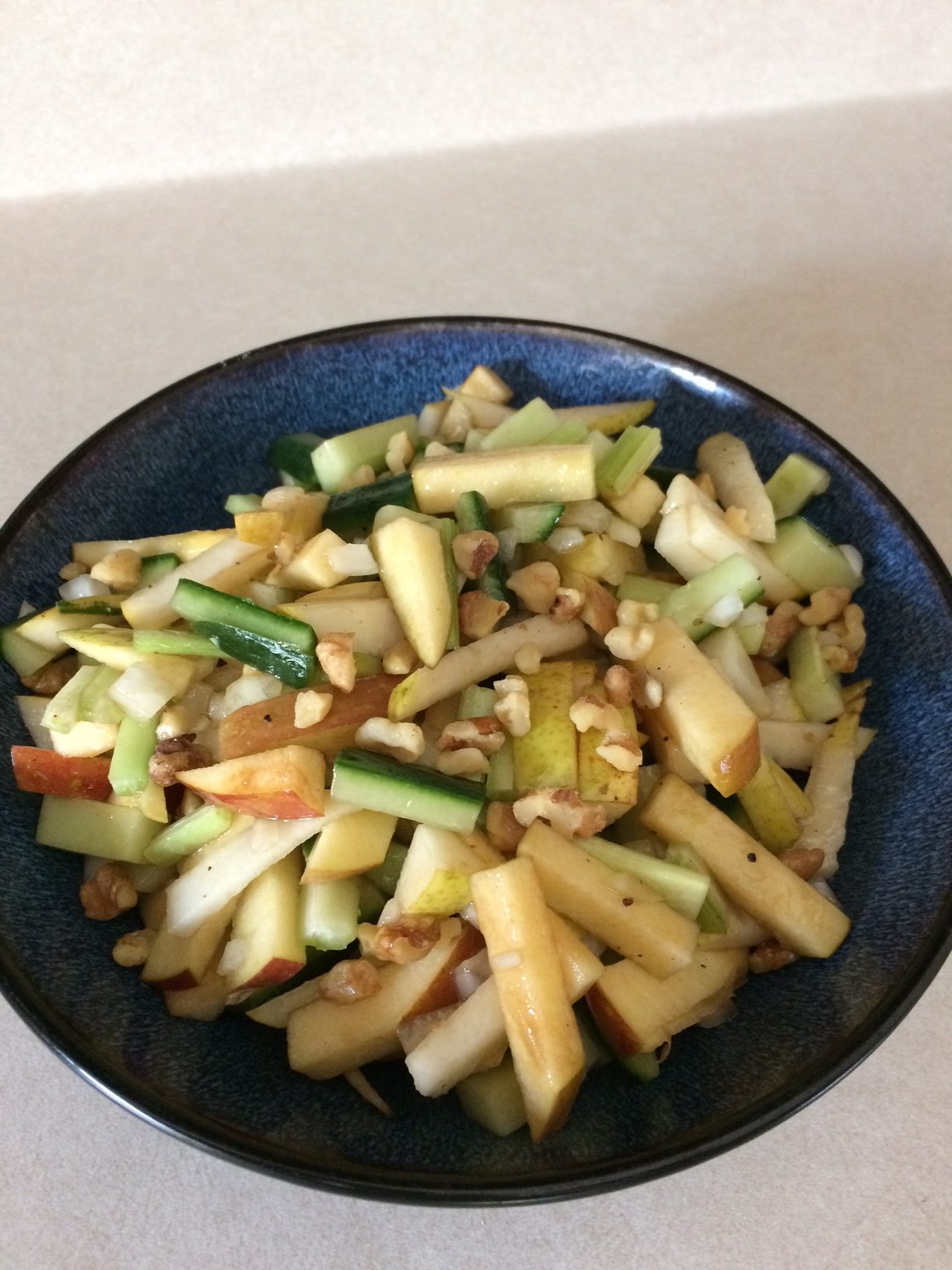 This month we’ve been focusing one MED instead of MEDS.  We started the month with a webinar where Faithful Families facilitators learned how to adapt and modify Faithful Families recipes for different tastes and audiences.  In addition to adapting and modifying recipes, facilitators also learned about new resources and recipes from the Mediterranean-style of eating.  We decided to give that a try with one of the delicious recipes – here is our Cucumber Apple Slaw!